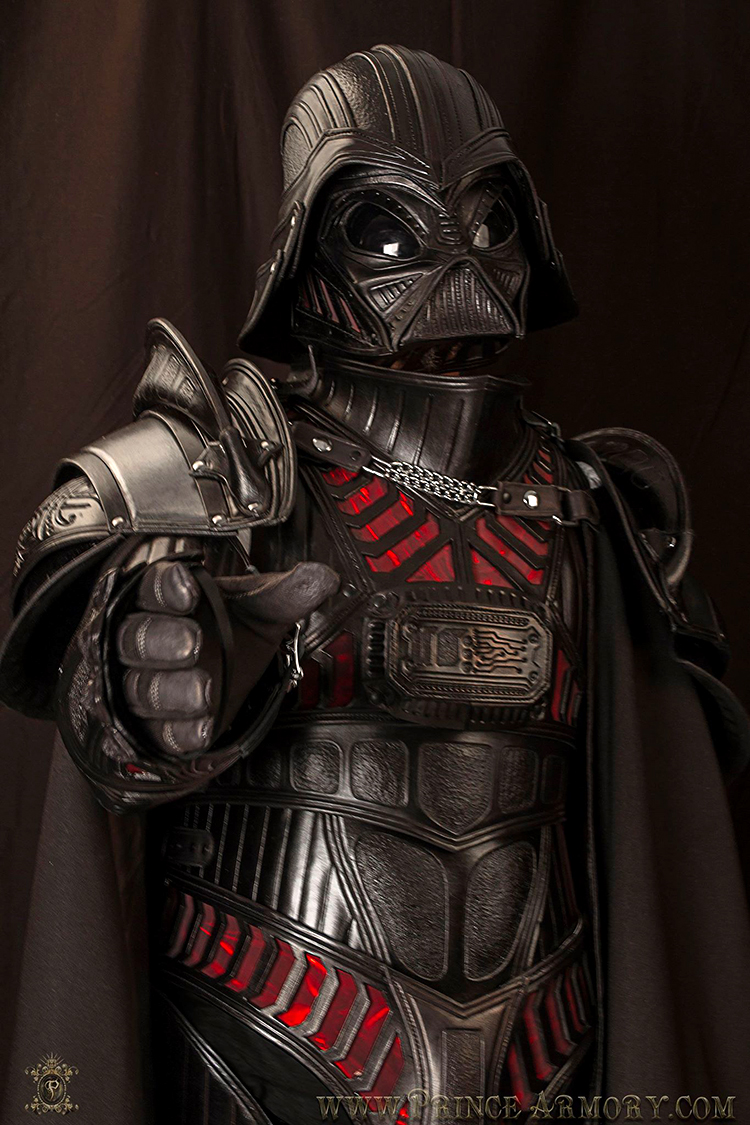 Samuel Lee of Prince Armory has created a brilliant leather suit of medieval armor that looks like the one Darth Vader wears in Star Wars. The amazing amount of detail, evil black leather, and deadly red accents really place the famous sci-fi Sith Lord in the Middle Ages. Even more photos are available to view on the Prince Armory website.

Conceptually this was a very challenging project. When you work on a very iconic character you have to think long and hard about how much liberty you want to take with the design. On one hand you don’t want it to play it too safe and have it a borderline carbon copy; that would be boring. And on the other you don’t want to go so far it is no longer recognizable or make design decisions that puts the fan base up in arms.

So I settled on trying to capture a number of the design elements within the classic Vader such as the banding patterns and many design lines, and then expanded into the fantasy realm with the red inlays and articulated armor designs.

The design scheme overall is of course very alternate universe. Ultimately I was going for a blend of Sci-Fi, Medieval, and Mystical Fantasy. 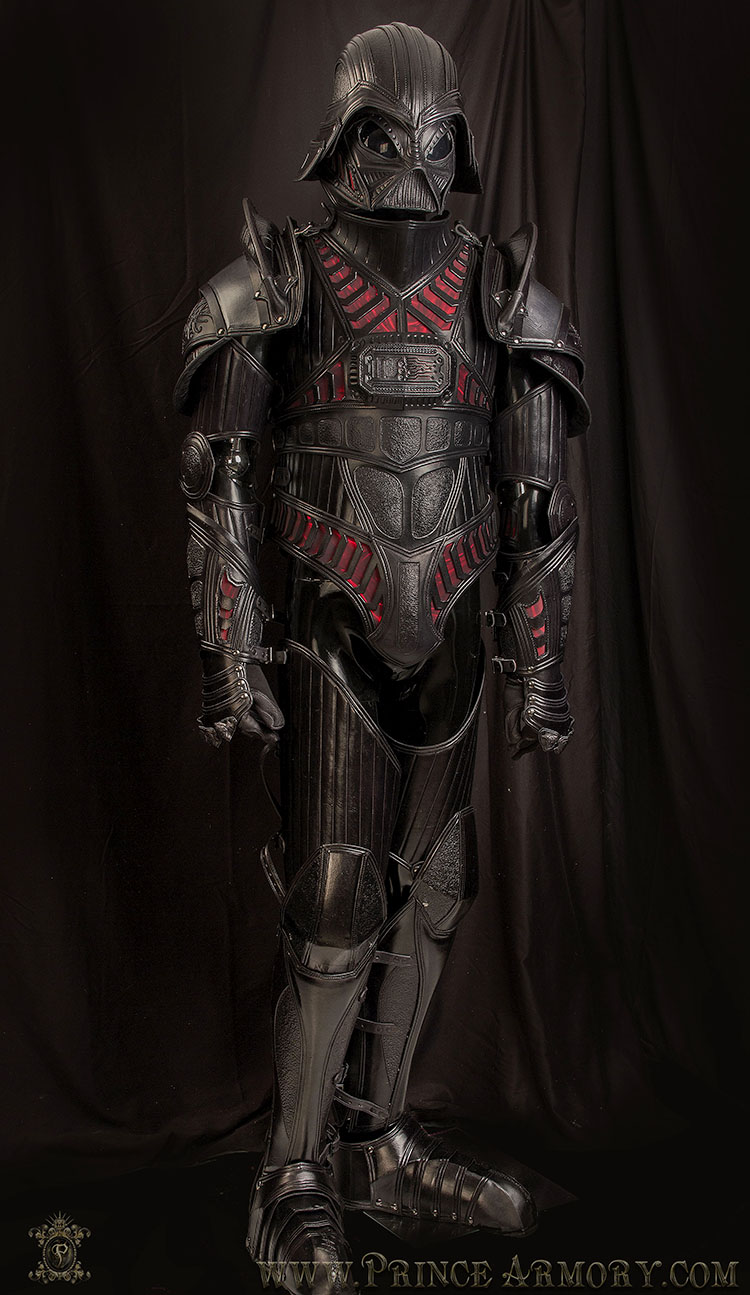 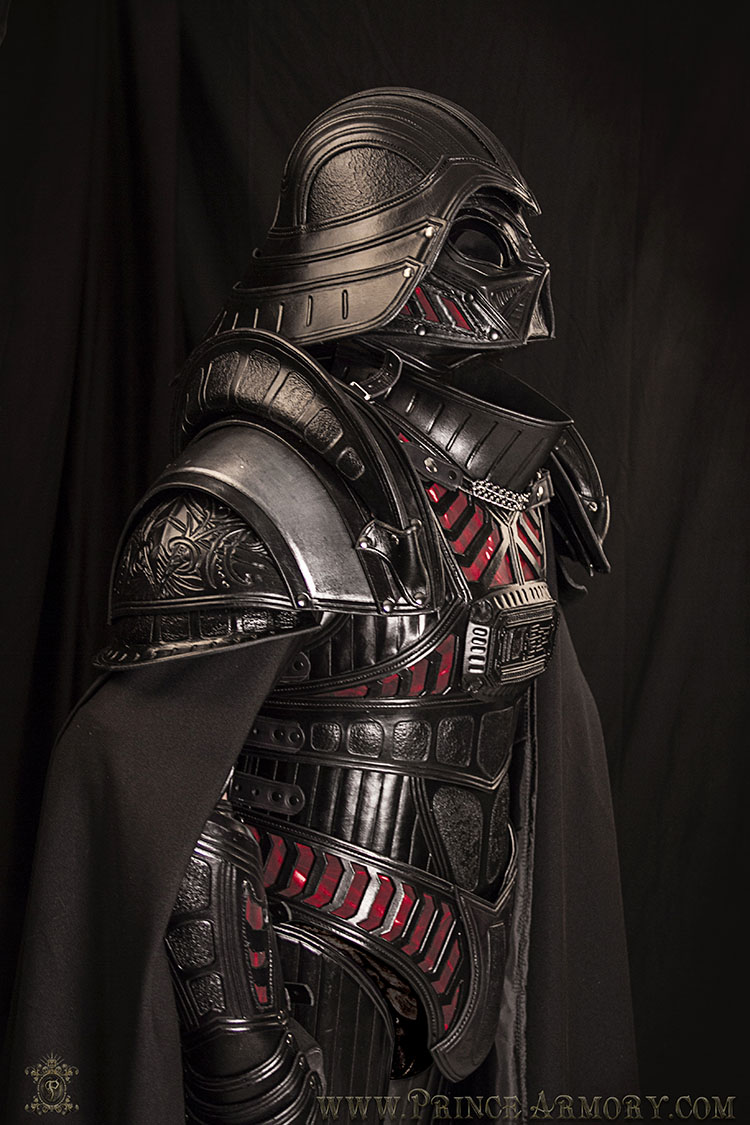 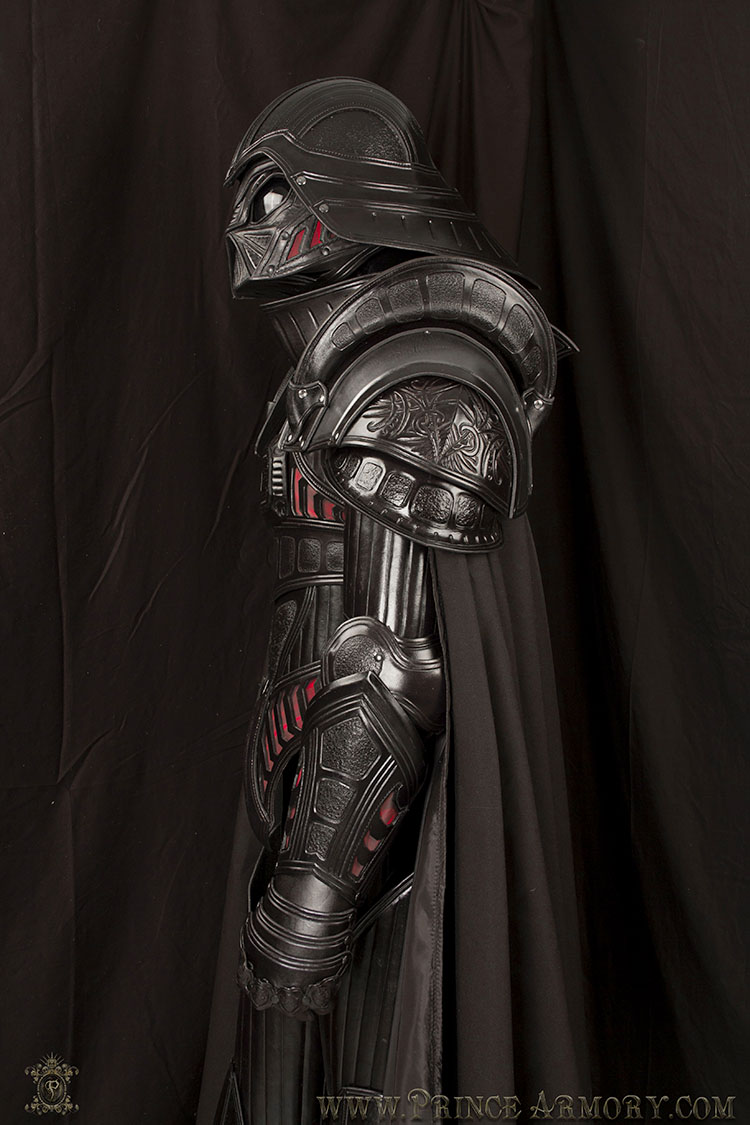 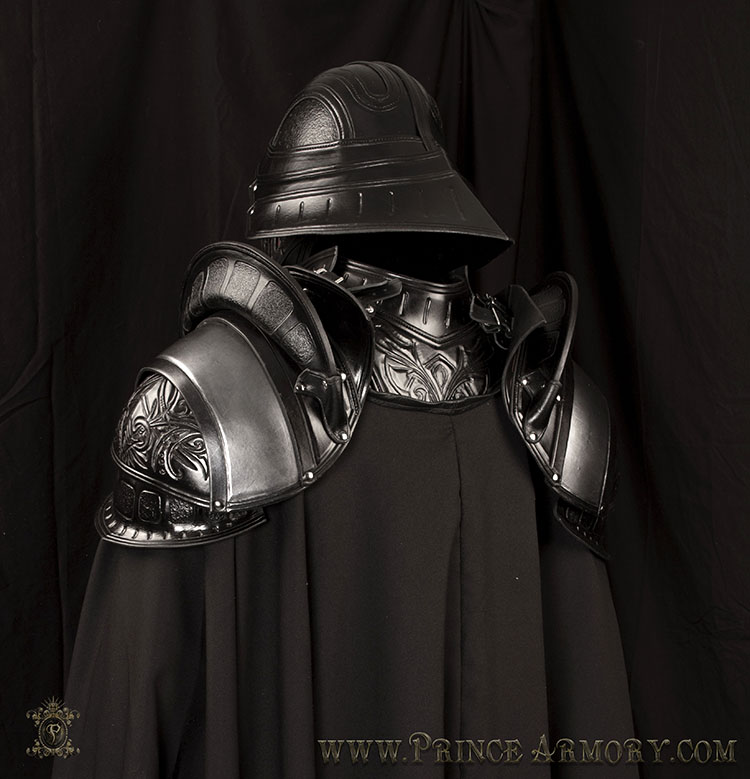 via Geeks Are Sexy